Parallax section DO NOT DELETE 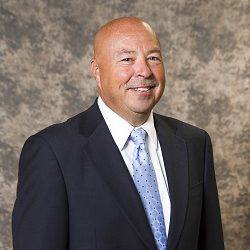 Mr. Sima has more than 25 years of experience in launching successful science-based companies where he has demonstrated a passion and the highest regard for quality data, responsive timely information, and trustworthy relationships. He currently serves as President and CEO of Cogent Scientific, which he founded in 2005 and has grown the company from 4 to 40 employees.

Prior to starting Cogent Scientific, Mr. Sima held several executive leadership positions with Semafore Pharmaceuticals in Indianapolis, which he helped start. He guided this organization to in-license a PI-3 Kinase pathway inhibitor, an important cell signaling pathway involved in the progression and regulation of several cancers, hematological malignancies and inflammatory/autoimmune disease. He also helped raise $40M dollars over ten years to secure proper financing and oversaw the operations of patents, safety data, manufacturing, and clinical operations.

Mr. Sima began his entrepreneurial career with the founding of SIMALABS International in 1989. He grew this environmental analytical laboratory from one facility in Indiana to four facilities located in North Carolina, Ohio and Indiana. SIMALABS International was one of three laboratories in the State of Indiana that was certified to do Federal RCRA analysis of Federal EPA RCRA Sites. In 2003, SIMALABS was acquired by Microbac Laboratories headquartered in Pittsburgh, PA.

Mr. Sima graduated from the University of Iowa with a Bachelor of Science degree in Chemistry. 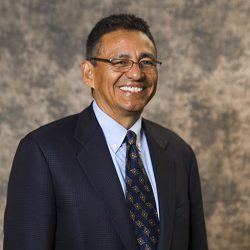 Raul Zavaleta has over 30 years of international experience in life sciences. Since 2000, he has been a partner at Volatus Advisors LLC, an enterprise development consulting firm for entrepreneurial companies. In this role, Mr. Zavaleta has helped emerging companies with strategic visioning, business planning, and capital structure.

Mr. Zavaleta has started several companies. In 1986, he moved from Los Angeles, California, to start his first venture in Indianapolis, Indiana. This venture, SciCor, now Covance, Inc. (NYSE:CVD), recently acquired by LabCorp (NYSE: LH), quickly became the leader in the pharmaceutical industry for laboratory services. In 1991, Mr. Zavaleta moved to Geneva, Switzerland, where he led the expansion of SciCor to Western and Eastern Europe.

He has also guided the growth and successful exit of several life science technology enterprises including Performance Assessment Network (PAN), the leading web-based system for the distribution, administration, and analysis of professional assessments, tests, and surveys, acquired by Talx , itself acquired by Equifax (NYSE:EFX); and Maaguzi, a leading provider of software, services, and the power of the Internet for the electronic collection of patient reported outcomes in late phase clinical research conducted by pharmaceutical and biotechnology companies with its powerful suite of product offerings (OutcomeLogix and SleepLogix), acquired by Phase Forward, which was later acquired by Oracle (NYSE: ORCL). . He recently completed a stint as CEO of Indigo BioSystems, Inc., a provider of scientific software automation solutions for expert processes in analytical laboratories, which he helped position as the leader in the industry. Prior to beginning his entrepreneurial career, Mr. Zavaleta worked for Dow Chemical, American Hospital Supply, and Smith Kline Beecham Laboratories.

Mr. Zavaleta received a Bachelor of Science degree in Chemical Engineering from University of California at Los Angeles (UCLA). 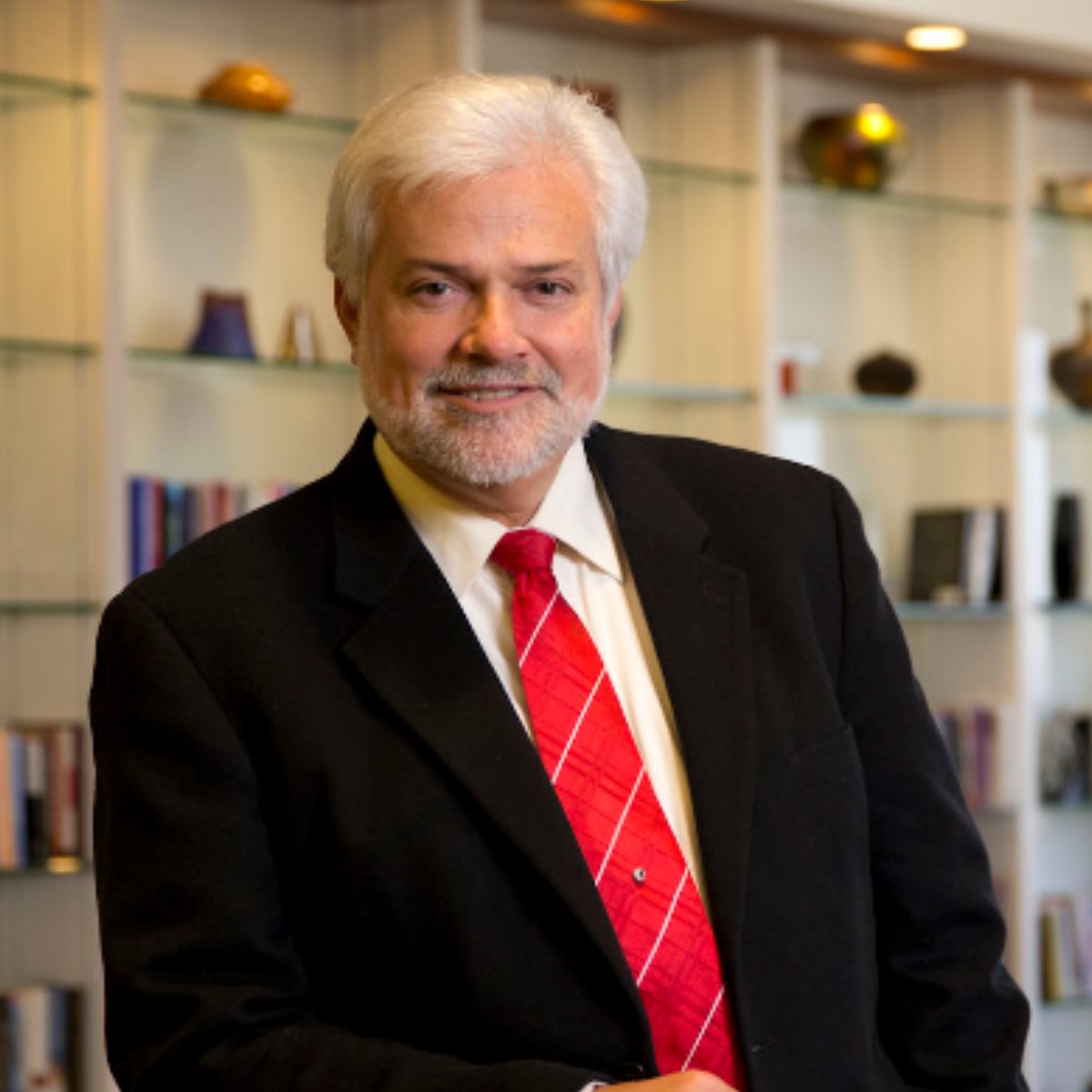 Andrew M. Dahlem, D.V.M. (h.c.), Ph.D., is President of Dr. Dahlem Consulting, LLC, which was founded to enable drug discovery and development for the pharmaceutical industry. Dahlem retired from Eli Lilly and Company in December of 2017 after nearly 28 years of service. At the time of his retirement, Dr. Dahlem had been vice president and chief operating officer for Lilly Research Laboratories (LRL) and LRL Europe for more than 10 years. He previously served as vice president of toxicology, drug disposition, pharmacokinetics, and Lilly Research Laboratories in Europe since January 2003 and was a member of Lilly senior management.

Dahlem began his career in pharmaceutical research in the metabolism group of Merrell Dow Pharmaceuticals and then joined Lilly in 1990 as a senior pharmacologist. He became head of biochemical toxicology in 1992. He was named director of drug disposition and biochemical (investigative) toxicology in 1993. He was promoted to executive director for toxicology and drug disposition in 1998, and he assumed responsibility for LRL in Europe in 1999 and for discovery operations in 2000. In December 2001, he was promoted to Vice President.

While at Lilly, Dr. Dahlem had accountability for research and development portfolio entry and exit decisions from Candidate Identification through Phase 2. He led groups responsible for clinical trial design and execution optimization, competitive intelligence, due diligence, academic outreach, as well as the core operational support function of Lilly Research Laboratories. He is a strong advocate of decision science methodology to drive portfolio outcomes. 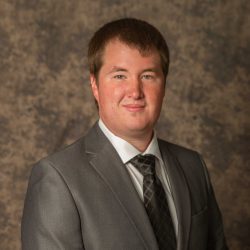 As the Director of Operations, John Sima Jr is responsible for the administrative, accounting, operational, human resource. and financial reporting of the company. Mr. Sima has 3 years of experience in financial consulting and restructuring. During this time, he helped prepare financial analyses for multi-billion dollar litigations, not-for-profit organizations, and served as the controller during the restructuring of an energy technology company. 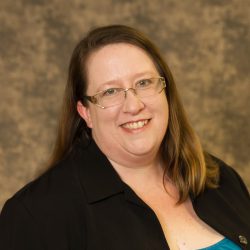 In her position of the primary recruiting professional for Cogent, Ms. Bridges brings with her over 17 years of recruiting and staffing experience in the scientific, engineering, and healthcare industries. She has assisted hundreds of professionals with starting and expanding their careers. Angela’s goal is to serve both her candidates and clients with excellence by understanding their needs and engineering a way to meet them.

Angela has served as a recruiter and talent acquisition manager for two of the largest staffing firms in the United States. She has developed and implemented talent acquisition strategies with many Fortune 500 companies. Angela supported her team by resolving technical and client-related issues and coached them to consistently meet and beat client and company expectations. She has implemented detailed recruiting plans, specific to each individual customer, increasing candidate visibility and attraction.

Before beginning her recruiting career, Angela worked as a chemist for five years in the biochemical and pharmaceutical industries. She completed her Bachelor of Science in Chemistry at Indiana State University.